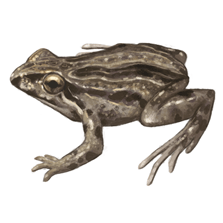 Common & widespread throughout eastern Australia, a ground dwelling frog with a call similar to a cricket-like chirping that can be heard all day throughout the year. A small frog up to 3cm with variable markings, even within confined populations.

This species eDNA probe was developed to differentiate from other frog species found in the Melbourne region. Please contact us to discuss options if you would like to use this probe in other regions.