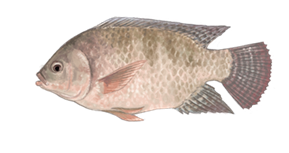 Mozambique tilapia are listed in the top 100 of the world's most invasive species and historically were imported to be kept as aquarium fish. The species was illegally introduced into Australian waterways in the 1970s and have established in catchments in tropical and subtropical Australia.

This species eDNA probe is specific to Mozambique tilapia found in Australia.