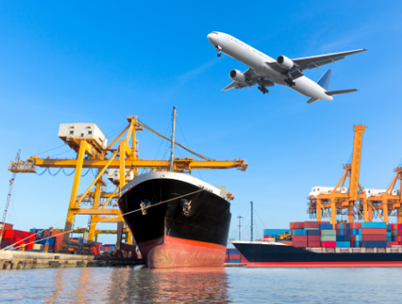 How does eDNA assist?

Using eDNA technology, EnviroDNA can help management authorities detect exotic species before it is too late. Our species detection services can assist in the assessment and management of potential biosecurity threats at airports, seaports and other sensitive areas and can be customised to target any species or species assemblage required. eDNA testing can also play a role in pest diagnostics and detection of invasive species, that can actively support Australia’s agricultural sector.

Our biodiverse landscapes are now visited by an increasing number of travellers each year. With international travel and trade on the rise, never before has biosecurity played such an important role in protecting our health, agriculture and economy. Australia and New Zealand are largely free of the world’s most severe invasive and disease carrying pests. Geographical isolation has been central to preventing the introduction of biosecurity hazards, but with global movement on the rise, we need to work together to play more a more active role in protecting our country’s health and economy.

Common carp is a highly invasive fish that is widespread throughout the Murray-Darling Basin and causes significant habitat degradation.

Learn how Austral Research and Consulting and Wimmera CMA used eDNA to successfully assess the effectiveness of carp removal efforts.

Mozambique tilapia is listed in the top 100 of the world’s most invasive species and historically were imported to be kept as aquarium fish. The species was illegally introduced into Australian waterways in the 1970s and has established populations in tropical and subtropical Australia.

Incursions of exotic mosquitoes at major airports around Australia are detected periodically. These include recent detections of two major vectors of dengue and zika, at Perth, Melbourne and Brisbane airports. Sometimes these detections occur at a frequency that ...

Common carp are a highly invasive species that can occur in very high abundance, causing significant damage to freshwater ecosystems and impact native species. Due to the degradation of waterways through human activities such as water extraction ...

Are you interested in a more sensitive and cost-effective method for detecting exotic species?
Contact us to discover how our eDNA services can assist you.