The results from the 2021 Great Australian Platypus Search have now been released, yet what exactly do they mean and how does this data help? This project set out to be the largest systematic investigation of platypuses ever, and now using eDNA we have a never-before-seen picture of distribution throughout Victoria.

After the platypus was listed as Vulnerable in Victoria, Odonata partnered with EnviroDNA and a number of funding and technical partners in recognition of the need for systematic, landscape scale data on platypuses to improve understanding of the species’ true conservation status, help identify major threats and inform management interventions.

Underpinning this achievement was the participation of citizen scientists volunteering their time to collect water samples from ~1600 sites throughout Victorian waterways. This project demonstrates the power of citizen science combined with eDNA methods to produce substantial and meaningful conservation data for a largely cryptic species that exists over large spatial extents.

Prior to this project, our understanding of Victoria’s platypus distribution was largely restricted to anecdotal sightings recorded on online databases and localised surveys using live-trapping or eDNA sampling and detection. To have a complete map of eDNA-based detection data for platypuses throughout the state is an exciting achievement.

Rigorous DNA analysis and consideration is undertaken for every water sample processed in our laboratory to ensure accuracy of results. Careful and precise experiments have previously shown that eDNA methods have a 97% accuracy rate for detecting platypuses at a site when a platypus is actually present.

For a positive platypus detection, at least two positive qPCR assays (out of six assays undertaken for every site) was required to classify the site as positive for the presence of platypus DNA. This conservative approach was undertaken to minimize false positives.

Whereas ‘possible detections’ occurred if only a single qPCR out of six was positive. Sites with possible detections are interpreted with caution and in the context of results from surrounding sites. Some of these sites are already marked for follow-up surveys by the Project Team to provide greater confidence around presence or absence.

Finally, a negative eDNA result is determined if platypus DNA was not found in a sample collected at that specific site and time. It is interesting to note, that a negative result does not always mean that platypus does not live in that environment, but rather that their DNA was not detected there at that time. 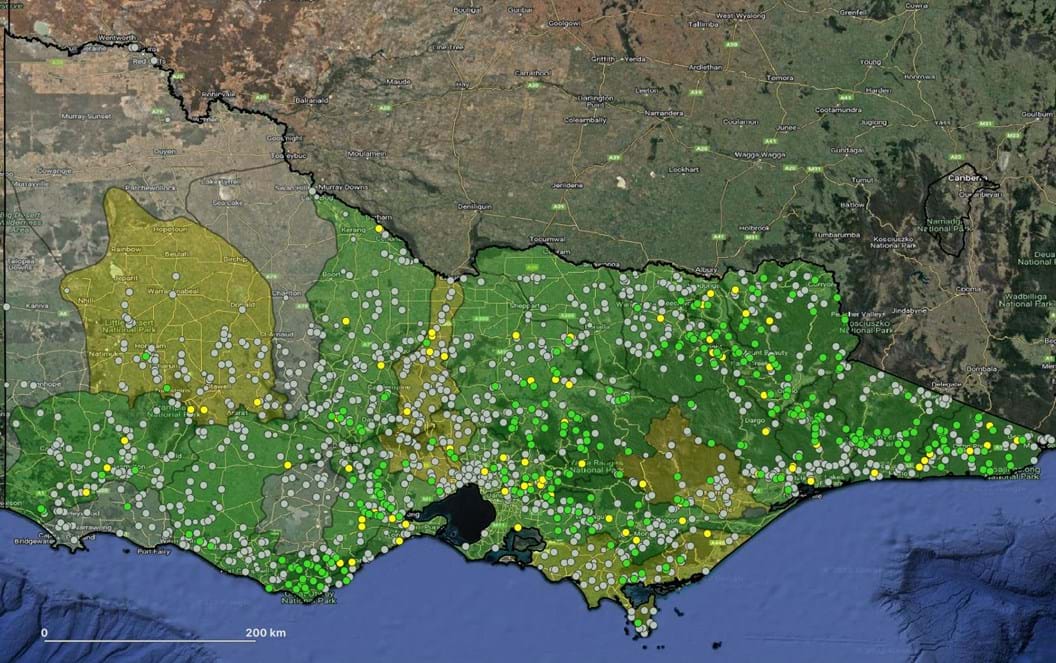 Results at a broad level show that platypuses remain widely distributed throughout Victoria, with more extensive populations in the eastern regions compared to the drier and more modified northern and western areas of the state, where populations appear much more restricted and fragmented.

The sampling design that was developed by La Trobe University didn’t prioritise main waterways within catchments, and often selected sites within smaller waterways. However, platypus DNA was not detected in many of these streams leading to relatively low estimates in some basins.

There were several interesting eDNA detections, or possible detections, where there were no recent records of platypuses such as the Eumeralla River in Portland Coast Basin, upper Wimmera River, and the furthest downstream detection in the Mackenzie River for decades. A positive detection at one site in the Portland Coast is also of significant interest as there are very limited records of platypuses in this system and none for more than 15 years.

Results also include several unexpected positive detections where platypuses are not thought to occur, such as Tidal River on Wilsons Promontory and Forge Creek near Paynesville, which require further investigation.

Critically, this data has filled valuable gaps in knowledge of the status of platypuses at a landscape scale and findings will play an important role in informing targeted conservation management efforts. This data helps confirm their status in each of Victoria’s major river basins, including many areas where no recent data existed.

Results provide support for the recent listing of platypuses as vulnerable under the Victorian FFG Act. While it remains difficult to assess declines due to limited historical data, recent data broadly supports the decline of platypuses in the Wimmera-Avon Basin, Portland Coast Basin, upper Campaspe River, Bass River, and a number of waterways of the greater Melbourne region within the last 30 years.

Longer term absences of platypuses from the lower Murray River and Curdies system are also supported by these eDNA results. Of further concern is the limited distribution and fragmentation of populations indicated in other river basins of central and western Victoria as well as low detections in the lowland reaches of many waterways of eastern Victoria that could lead to further fragmentation of populations in tributaries and upper reaches.

Previous research has shown that fragmentation exacerbates negative genetic effects, such as inbreeding, leading to further declines in populations. This new data, along with other recent eDNA survey data, now present an opportunity to assess the conservation status of platypuses more thoroughly in Victoria and identify areas of major concern.

To achieve effective conservation actions, the first step is understanding where vulnerable species are. The Great Australian Platypus Search is an incredible leap for conserving platypus populations in the wild. However, as indicated, some sampling sites require further research and investigation to complete this picture.

Last month, Odonata Foundation also announced another development to scale up this state-wide search into a national investigation named The Great Australian Wildlife Search. This will roll out eDNA surveys into other states, collecting biodiversity data. EnviroDNA is excited to partner with Odonata Foundation to continue critical eDNA-based surveys for detecting Australia’s unique fauna. 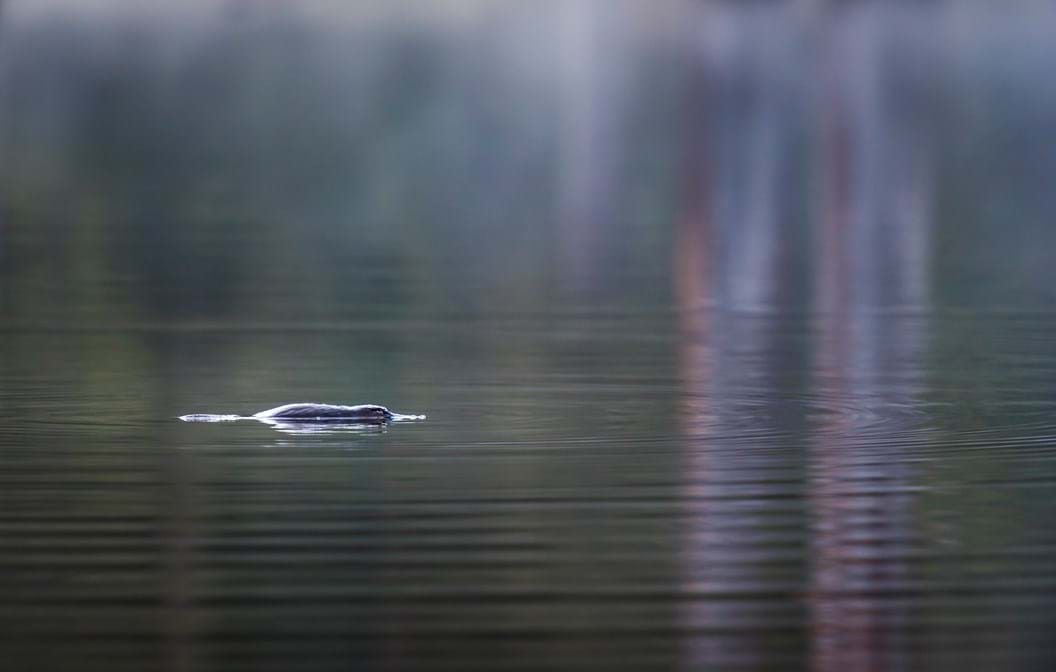 This project was led by the Odonata Foundation and would not have been possible without the contribution of local citizen scientists and the project team. We would like to thank them for their assistance. We would also like to thank the key project partners and donors supporting this initiative including the World Wild Fund for Nature-Australia (WWF-Australia), Victorian Department of Environment, Land, Water and Planning, Parks Victoria, Outback Academy Australia, The Ross Trust, Waterwatch Victoria, Capricorn Foundation, 2040, Environment Education Victoria, Planet Warrior Education, Fouress Foundation, PMF Foundation, Carbon Landscapes and La Trobe University.