The Australian native oyster, Ostrea angasi, was once extensive throughout shellfish reef ecosystems in Port Phillip Bay, Australia. However localised populations have declined, and they are now deemed functionally extinct.

Historic surveys presented a variety of challenges for efficiently obtaining this data. A new study released in Aquatic Conservation Marine and Freshwater Ecosystems uses eDNA to fill this knowledge gap based on a cost-effective approach that overcomes expensive and time-consuming survey techniques such as diver surveys and camera traps.

Also known as the Australian Flat Oyster, Ostrea angasi, are endemic to southern Australia and were once a commercially harvested species. They feed on phytokplanton and are consumed by a variety of fish, birds and crabs, as well as humans. Due to overexploitation from harvesting, 90% of shellfish reefs in Port Phillip Bay have been lost (Ford & Hamer, 2016).

Remaining populations in this area are now in a critical state and are likely too small to recover in the short-term without effective restoration activities. Ostrea angasi reefs have been relatively understudied, with prior records relying on mapping and local fisher's knowledge (Hamer, Pearce & Winstanley, 2013), dredge sampling (Cohen, Currie & McArthur (2000) and diver and camera surveys at specific sites in Port Phillip Bay.

This new collaborative study sought to enable widespread surveying using molecular techniques. EnviroDNA Director Dr Andrew Weeks and Molecular Geneticist Anthony van Rooyen worked in a project team led by researchers from The University of Melbourne to develop a species-specific qPCR assay for the detection and quantification of O. angasi. This assay was tested for presence in an aquarium environment before being applied to samples from 15 sites in Port Phillip Bay to determine the efficacy for detecting O. angasi.

Increasingly eDNA is being used to monitor marine environments and species. However, eDNA marine assessments often require more robust sampling regimes and project methods than in freshwater systems. For a rigorous design, this study also assessed accumulation and decay rates of O. angasi eDNA in an aquarium, as well as the effects of oyster density and sampling direction and distance from a restored reef in Port Phillip Bay on eDNA concentrations.

Results showed that eDNA accumulated significantly faster when testing in an aquarium, where more individuals were present, while eDNA became undetectable 2–6 days after oysters were removed in low-density treatments.

In the field, the results showed eDNA was successful at detecting O. angasi when taken in close proximity of to an oyster population. The authors suggest Increasing increasing the sample number and volume of water filtered during sampling could maximize oyster detection, demonstrating the potential of eDNA to identify suitable sites for the restoration of functionally extinct marine ecosystems.

This is important data for informing restoration of shellfish reef ecosystems in Port Phillip Bay, such as expanding and replicating newly constructed reefs. These oysters would benefit by being placed near other suitable habitat and existing natural O. angasi brood stock to maximise existing and new populations. 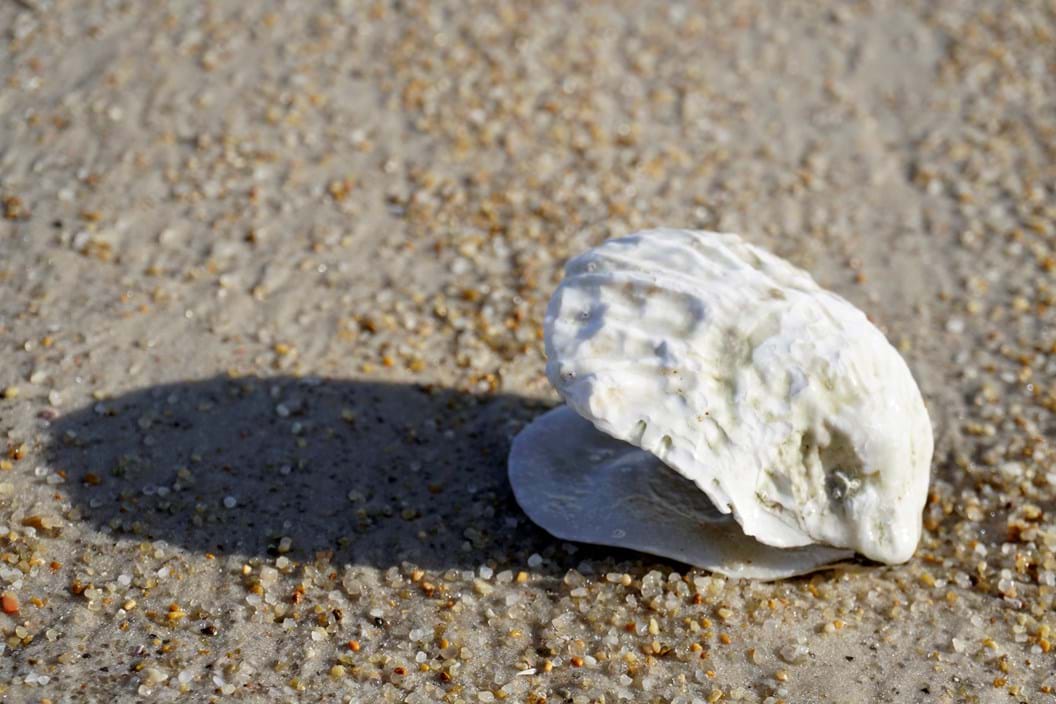 This work was funded through the Port Phillip Bay Fund (awarded to The Nature Conservancy for the OysterWatch Project, sub-contracted to R.L.M. and S.E.S.) by the Victorian Government's Department of Environment, Land, Water and Planning. The National Centre for Coasts and Climate is funded through the Earth Systems and Climate Change Hub by the Australian Government's National Environmental Science Program.